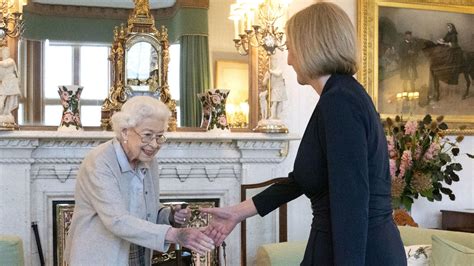 Let’s post this before there’s yet another change in PM!

TBH, we’re not the first to pick this up (see here, for example) but we may be the first to discuss it in a statistical framework.

Since the first recognised Prime Minister, Robert Walpole (1721), there have been 67 different monarch-PM combinations. The average duration of these combinations is 1638 days (something around four and a half years).

There are four instances out of these 67 combos where the PM and the monarch have shared the same first name. As we can show, (see chart and bullets below) this never appears to have gone well. 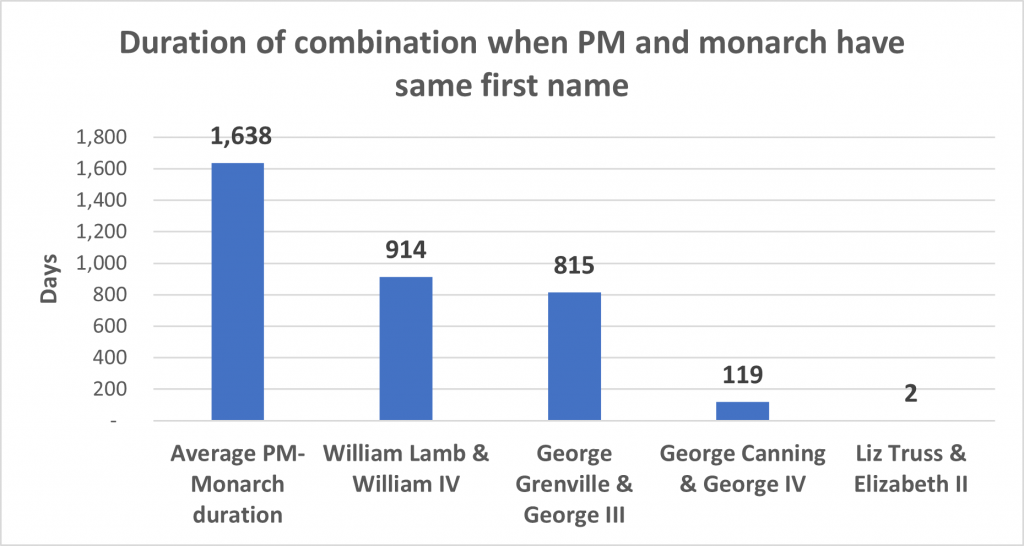 • William Lamb (Viscount Melbourne) had two terms where he was PM alongside William IV. The first lasted only 121 days when he was removed by the King, the last instance of a UK PM being removed by a monarch. The second between 1835 and 1837 ended with William’s death, aged 71.
• George Grenville was PM under George III for 815 days (just over two years) before being dismissed by the King
• George Canning was PM for only 119 days under George IV before dying in office, making it the then shortest tenure of any British PM
• Liz Truss was PM for only two days before Queen Elizabeth II died. Then after 44 days in office, Truss resigned, knocking Mr Canning’s previous record out of the park.

Owing to the relatively small number of these same name combinations, this difference is not statistically significant (the confidence interval is higher than the difference between the two averages, using the paired sample T-test). However, while statistically unproven, you have to wonder whether something of a curse is going on here! Did anyone advise Liz Truss that perhaps she should rename herself as Mary (her actual first name at birth) on becoming PM?

Also, we know Charles Walker (Conservative MP for Broxbourne) has announced his intention to retire at the next election. This seems a fairly extreme method of avoiding a potential further round of curses!

What do you think? Feel free to comment below and have your submission edited to something more complimentary, free of charge. Also don’t forget the horizontally arranged electronic knobs below, should you wish to disseminate this further.