I won’t be in a minority (for once) for saying that the Tory Leadership debates have been disappointing.

The lack of discussion of environmental policy has been breathtaking. Who would have thought that The Climate Emergency would be trumped by the Tax Cut and Brexit Emergencies?

In last Monday’s debate, the BBC missed an opportunity by asking a question about individual actions rather that what leaders could/should do. However, Rishi put the emphasis on recycling in his response.

Disappointing that a well-educated and numerate man should repeat the recycling mantra, as its carbon saving potential is definitely on the modest side (see the chart below, based on numbers from two different articles – 2017 and 2021). 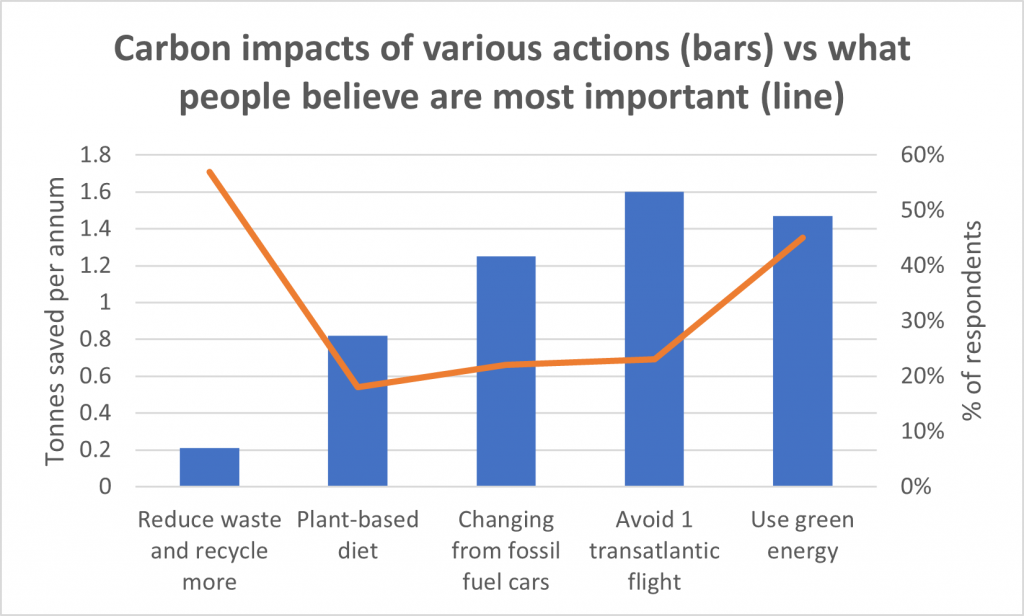 Maybe, he was just playing to the gallery because, as the chart shows, many believe it’s one of the most important things they can do. Or he needed to attend the Climate Briefing which all of 70 UK MPs attended (I’m assuming he didn’t attend – let me know in the Comments if you know otherwise)

Whatever, it doesn’t fill me with much hope and confidence for climate policy from a potential Prime Minister.

Do you agree? Feel free to comment below or share via the assortment of resplendent buttons below.